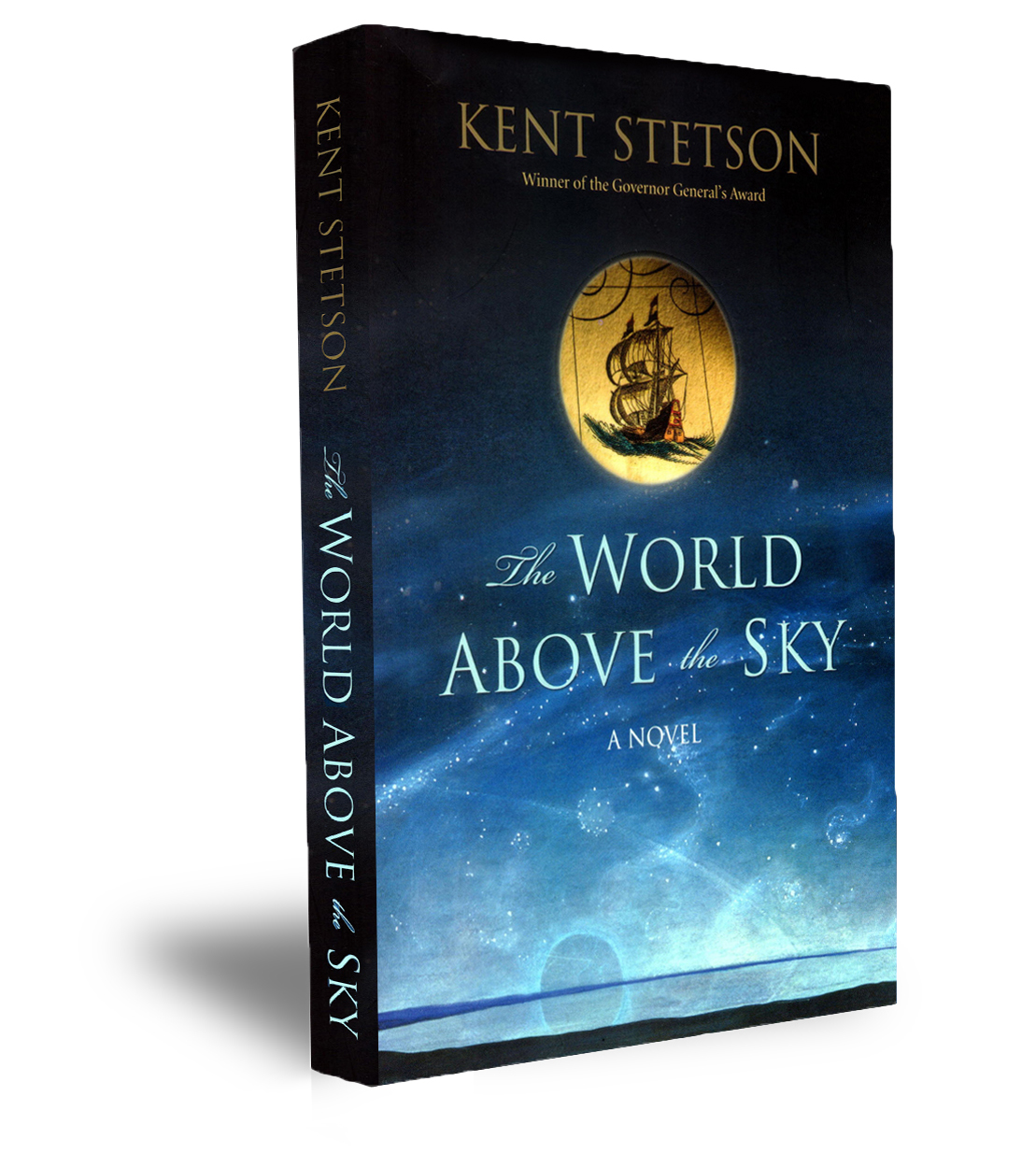 The World Above the Sky

“Wonderfully exotic and hopeful … It is magical; you start to convince yourself that a spirit world exists.”
– British physicist and Blogger, a.k.a. Controlled 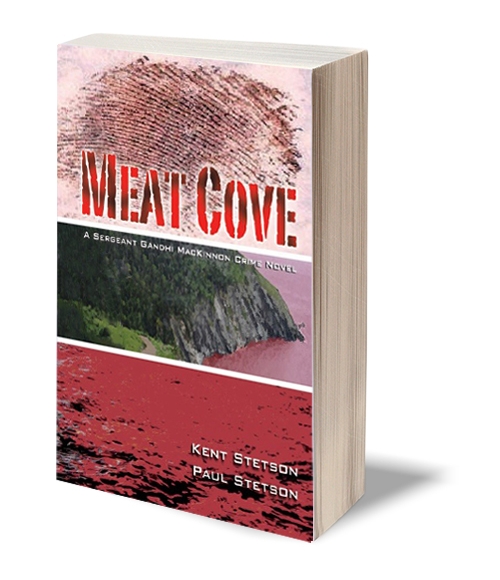 “Just finished Meat Cove. What a fine piece of work …The young victims are so beautifully drawn that you ache for them, and are surprised by their pluck and courage.”
– Tom Gallant, Writer, Singer, Master Mariner 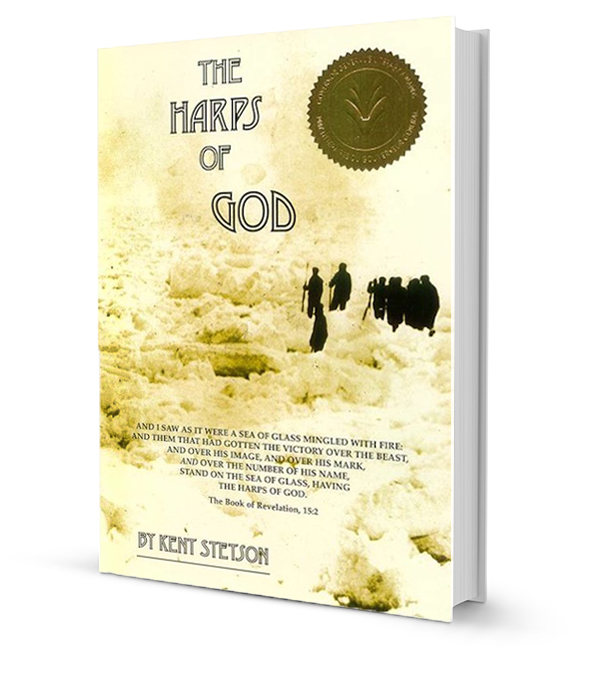 The Harps of God

A play in three acts for fifteen men.

“Not all of the plays that have won The Governor General’s Literary Award have been magnificent. The Harps of God truly deserves the accolade; it is a terrific read, and theatrically its ambitions are breathtaking”.
– Gaetan Chalebois, Hour, Montreal 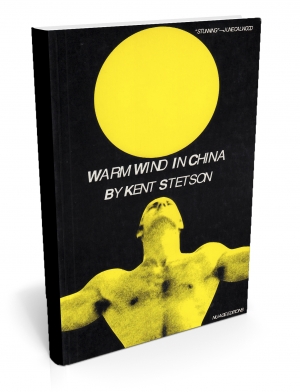 A play in two acts for four actors.

“Stetson explores humanity with compassion and brilliance, rage and despair, love and courage in the face of death.”
– Ian MacKay, New Maritimes, Halifax 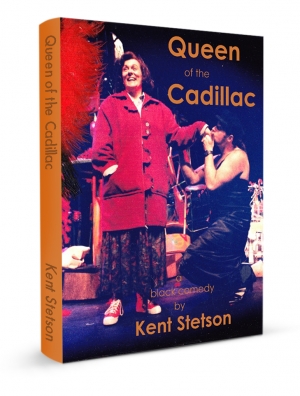 Queen of the Cadillac

A black comedy in two acts for seven actors

“Queen of the Cadillac … is a definite winner … an important play by an outstanding playwright … a circus of enormous exuberance … a mixture of the magic mysticism of Gabriel Garcia Marquez and black humor of Joe Orton.”
– Ray Conlogue, The Globe & Mail, Toronto 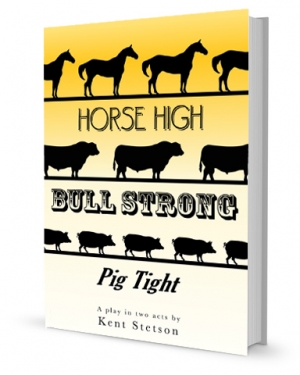 “Stetson’s descriptive imagery is painterly in its artfulness … his dialogue is sharp, thoughtful and intelligent as it is amusing.”
– Sean McQuaid, The Buzz

This contemporary two act comedy satirizes the troubled, often slightly insane relationships among Canada, The United States and Cuba. Set in March, 2003, on the day Canadian Primer Minister Jean Chretien said “No” to George Bush’s invasion of Iraq, Montreal actress/screenwriter The play’s protagonist, Grace MacDonald and her Cuban visiting friend Dr. Lazara Lasantos, face an invasion of their own: the rich, handsome Fox TV producer Art Birknale attempts to seduce them both. He fails spectacularly, but has a good time trying! Not as much fun as Grace and Lazara who both get what they want and then some from the exhausted, ostracized American.

A Gothic Revival in Two Acts.

A brilliant, transgendered musician destroys a sacred landmark, and the magnificent pipe organ that gave voice to her soul. Those who made her life — and her struggle for artistic and personal perfection — unbearable are reduced to smoke and ash. Those who loved and supported her transition survive her rage, her desperate act of destructive revenge. But does she? Does Sweet Magdalena emerge from the smoking ruins of Christ the Redeemer a hero or a triumphant monster?

The play in two acts is populated by weird and wonderful stereotypes of the genre who have come The Oak Island Inn to reinvent themselves, or die. Middle-aged ethics professor and New Zealander Morant Chomedy comes to Nova Scotia to marry a woman twenty years his junior whom he has never met.  Anxiety-ridden and befuddled by his mid-life crisis, he’s hijacked at the airport and taken to a whacked-out hotel by the sea on ‘a cold and stormy night’.  Something unsavory is afoot. The creepy hotel’s murder mystery weekend ‘sleuths’ think Morant is it. The wind howls. The breakers break. Souls migrate.  No one is as they seem.  Murder and mayhem and great death defying (mostly) silliness ensue. Just Plain Murder satirizes the Agatha Christie tradition, which is sent sky high!

Fans of Stetson’s debut fantasy adventure novel, The World Above the Sky, will find much to delight them in this play in two acts which inspired the book.

Two Works From “The Rock”:

The Way of the Sea
and
The Eyes of the Gull